Hi there! Today I’m so excited to join Simon Says Stamp and several other amazingly talented designers in a hop to showcase the awesome new Masterpiece Box released by Simon Says Stamp. The box features 15 products from 10 different manufacturers featuring new releases that are yet to be released…how exciting!! 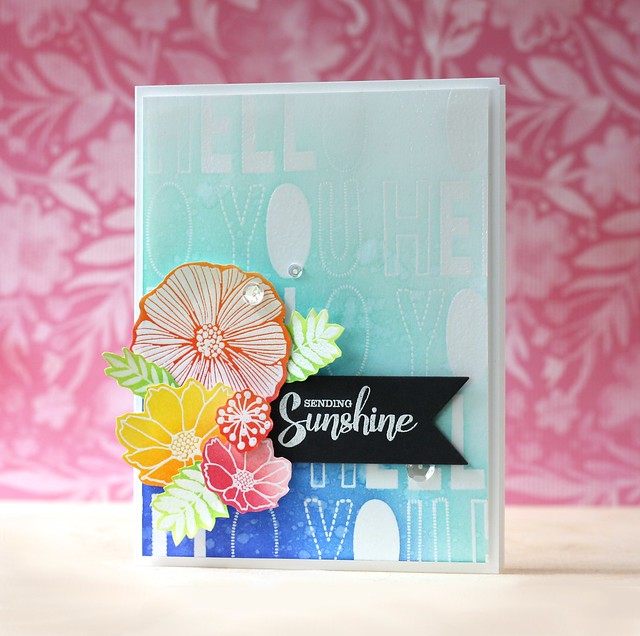 My project features the fun Large Alphabet set by WPlus9 & Happy Days by Simon Says Stamp. Both of these sets have yet to be released and won’t be for several months, BUT you can get them now as part of the Masterpiece Box. 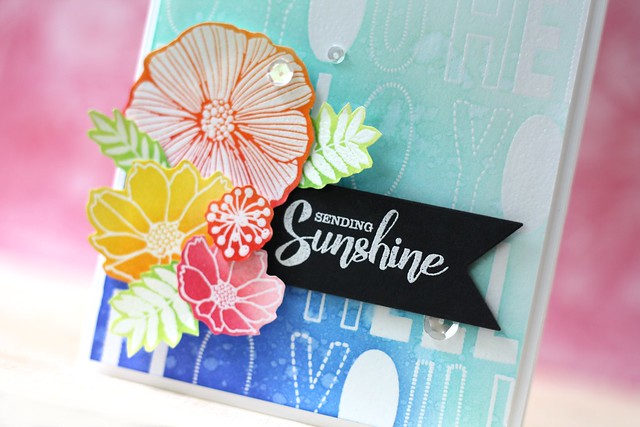 I used emboss resist for the both the background and the floral images. I blended in my favorite trio of distress inks right now: Blueprint Sketch, Mermaid Lagoon & Cracked Pistachio. 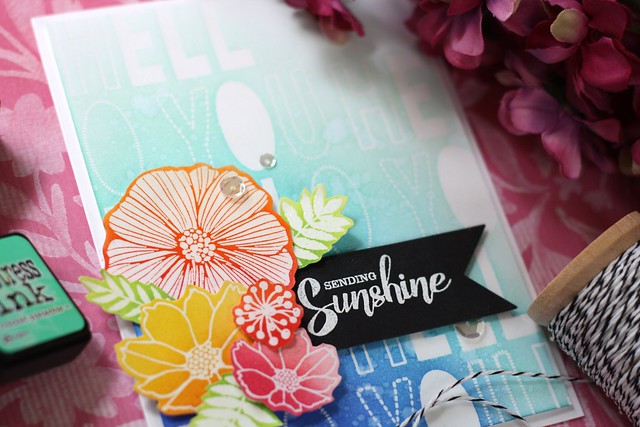 I used one of the Basic Banners dies to die cut my sentiment strip. 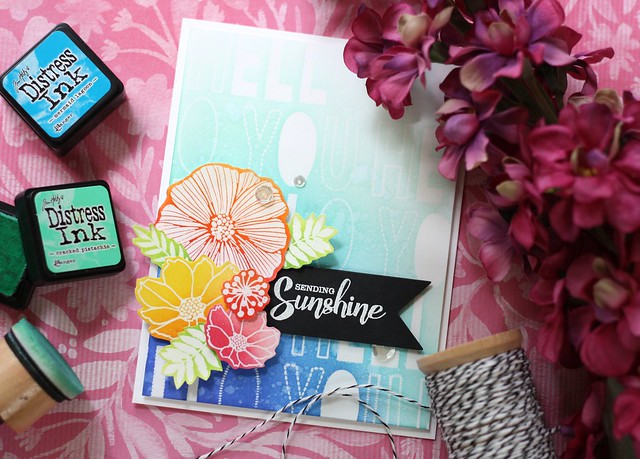 Here’s a video to show how I created my card.

GIVEAWAY!
Simon Says Stamp is giving away a $25 gift card on each stop of the hop 🙂  Leave me a comment for your chance to win! The winners will be announced on Monday over on the Simon Says Stamp blog.

Your next stop on the hop is the outrageously talented Yana Smakula!
Thanks so much for hopping by! 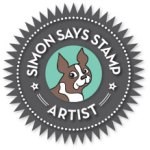